Ah, Wuflu, the gift that keeps on giving.

On a personal note, I may be a bit scarce next week. Two of the health issues I fight, migraine and acid reflux, are co-morbid. 22% of people with one have the other, and when one flares up, the other does as well. A month of fighting migraines has gotten the acid reflux off the scale. Gastro Guy had to put off a colonoscopy and endoscopy last summer because of, yes, Wuflu. My call to his office this week netted me a new yet old potion that has given some relief, plus an appointment for a pre-surgical workup, including Wuflu test, on Wednesday and the delayed procedures Friday.

At least my appetite isn’t so great at the moment, so the purge routine won’t be quite so miserable. I hope.

Wuflu-it’s everywhere you have to be.

On my few trips outside the wire, I’ve seen the price of gasoline and diesel jump up around 15¢ in the last 2 weeks. Most people I talk to blame Biden and his incessant executive orders, especially shutting down the Keystone XL pipeline. I disagree; I think it’s all the talk of a “carbon-free US”. That sort of utter lunacy ought to scare the hell out of everyone. Taken to it’s extreme, which the Left is wont to do, you will be cooking that rat you killed over an unlit fire. Oh, no rat, because that’s animal cruelty. Feel free to starve instead.

Grocery stores continue to be well-stocked, with only minor spot shortages. Other than rising prices, things appear to be mostly normal, if you can ignore the plexiglass, masks, hand sanitizer, one way signs and incessant nagging over social distancing. 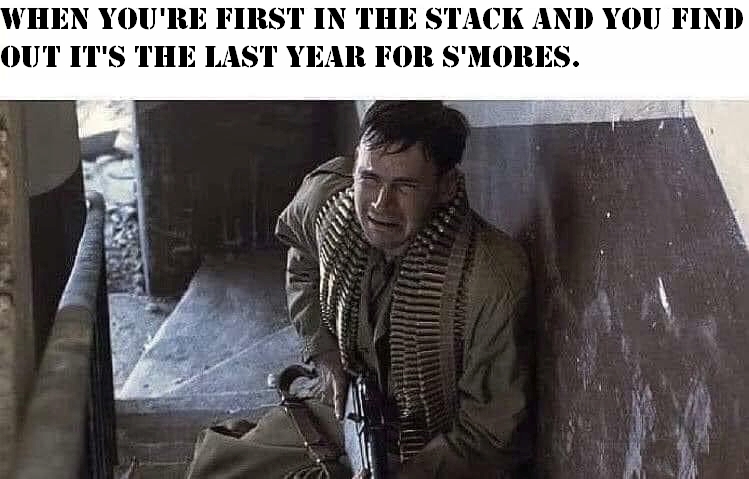 One thing that Wuflu has not killed off is Girl Scout Cookie season. They’ve been at the local big box home improvement place and the grocery stores, and I have bought far more S’mores and Lemonades than I should. Ever look at the calorie counts on those things? And it’s the last year for S’mores. Grumble.

While we’re on the topic of Things That Are Necessary For Life, how about a chip shortage that’s hitting auto manufacturers? This is on top of the ones hitting computer parts, game consoles and pretty much everything else electronic. This issue may have some rather drastic effects, given the prevalence of electronic gadgetry in our lives. Brother, can you spare a vacuum tube?

There is something that strikes me as rather odd happening in the real estate market, at least around here. I’m seeing a number of new subdivisions being started. I’m seeing long vacant lots bought and houses being built. I’m seeing houses that have been vacant for months, sometimes years, being renovated. I’m not sure what’s up, but it seems odd that, with the numbers of business shutdowns and our unemployment numbers, so many people can now afford to go house shopping. It may simply be a case of the unwary piling in at the top of a market. We’ll see.

It’s introducing some stress into the local market. Son, who had been looking for a house, has decided to stay in his apartment another year and hope this dies down-everything in his price range was in the wrong location, a crappy neighborhood, needed a ton of work or all of the above. We’ve had realtors contact us repeatedly to see if we are interested in selling our home. “No, dammit, and stop bothering me.”

We’ve lost two more local businesses and possibly a restaurant. A downtown building that has been vacant since it housed the county Republican Party HQ has been bought, and a couple have announced plans for one of those pretentious home and craft style stores. There are two more of them in the same block on the same side of the street, so I seriously question the wisdom of this. A number of the stores in downtown Bitty Burg are already closed closed more often than they are open and have been for months. However, not my circus, not my monkeys.

While not feeling well, I’ve spent an inordinate amount of time watching YouTube. It seems that there is a serious interest in the 20-something set in living rurally in “tiny houses” (I hate that term). As opposed to the privileged twits we’ve seen rioting, these young people live small and cheap, and their personal possessions are pretty limited. They enjoy the outdoors and each others’ company. They have learned how to do things, even if imperfectly. They’re used to what most would call an inadequate living situation. If things go south in a big way, they’re ahead of the curve. Kyle’s Cabin is a particularly interesting example of this.

Speaking of living small and cheap, it’s something I’ve been thinking about. While we love our home and all our crap, and Lord knows there’s a lot of crap in this house, could we “live our best lives”, as the saying goes, by radically downsizing? Mrs. Freeholder has all but decided that she is calling it a career at the end of the current school year, and it’s a question I’ve been pondering. No, you won’t see us in a huge motor home, shuttling north and south as the seasons change. I’m thinking about something like a much smaller house with rather more land, definitely somewhere more rural.

Our area has been seeing far more crime than normal, and is unfortunately mirroring this Zero Hedge piece. I can’t say what the percentage increase is, but it seems impossible to open any of the local media web sites without seeing a murder or a shooting. I am going to increasing our physical security measures shortly with cameras and a driveway alarm. There is going to be a lot of cable pulling going on, and I imagine there will be some increased income for my chiropractor.

That’s it for now. I’m sure there will be more installments coming. I hear Dr. Fauci was dragged out of his house and saw his shadow, so we have 6 more months of pandemic coming.

1 thought on “Life in the Time of Wuflu, Part 37: Things seen and heard”