(Via the Drudge Report)

Rep. Barney Frank lashed out at protester who held a poster depicting President Barack Obama with a Hitler-style mustache during a heated town hall meeting on federal health care reform.

“On what planet do you spend most of your time?” Frank asked the woman, who had stepped up to the podium at a southeastern Massachusetts senior center to ask why Frank supports what she called a Nazi policy.

“Ma’am, trying to have a conversation with you would be like trying to argue with a dining room table. I have no interest in doing it,” Frank replied.

Barney, I think she spends her time on Planet Reality. On that planet, we don’t much care for Socialism–National or otherwise. 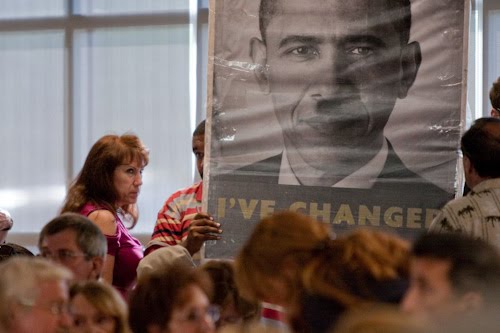 Oh, I can feel those muscles stretching out as we warm up. It feels–good.