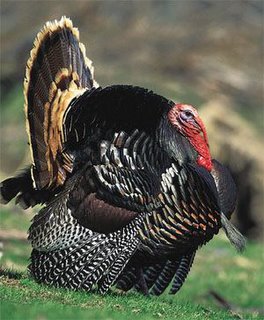 A lot of us think of Thanksgiving as a time to eat too much, take a couple of days off work, watch football on TV and hit the Black Friday sales. A nice, modern Thanksgiving.

Originally, in the Pilgrim tradition, a thanksgiving day could be declared at anytime of the year, and was a day for solemn reflection and prayer. In 1863, during War Between the States, President Abraham Lincoln declared the last Thursday in November Thanksgiving Day.

Over time, as American society became more affluent, food and fellowship with family and friends took over. As our current consumerism driven culture took hold, we added in the “After Thanksgiving Sale!” part of the equation.

And here we are.

As I write this, the turkey is in the oven, and I have the CNBC special “The Age of Wal-mart” on the TV in the den. In a couple of hours, we’ll load up the food and take a short trip to my Dad’s house, to spend time with him and my Mom.

It’s easy to look at your life and see all the things that are wrong, that you don’t like, that you aren’t happy with. It’s against human nature to be satisfied with the status quo, and that is what keeps us going.

Have a Happy Thanksgiving.