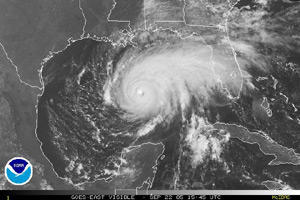 Well, by now everyone has heard about Lovely Rita. It seems that we are about to have an instant replay of Katrina. Or are we? Permit me some semi-random observations:

Those are all good things. The bad, as I see it, are:

I suggest making your plans now for an economically difficult fall, winter and spring. I suspect it will last longer than that, but plan on at least 3 quarters of problems. Stock up on any and everything, and don’t take on debt of any kind.

I don’t even want to think about another big storm, and the Pacific Rim is getting awfully seismically active. This could be the stuff of nightmares.